Below the toque and the repiques in Mestre Poncianinho’s notation. 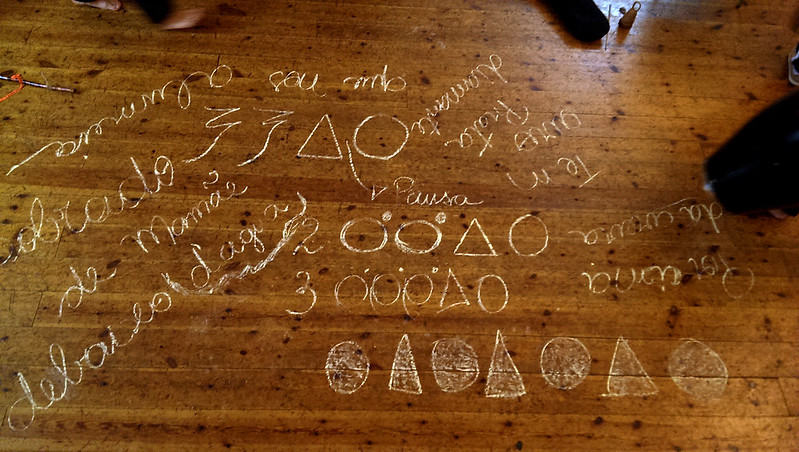 Exercise: do the opposite repiques, with Angola

And then we learned this beautiful song. Prof. Kebrado was playing the guitar and Mestre Poncianinho told us that Mestre Pastinha’s rodas sometimes had a guitar – as did many others back in the day. 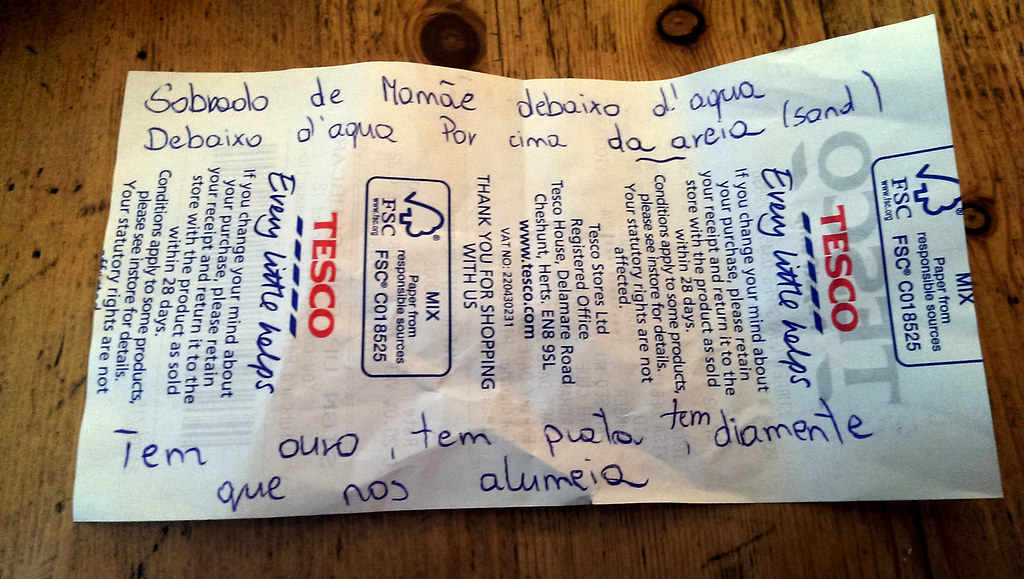 Here’s one version by Mestre Marrom found on YouTube.

Catherine and I had finished painting two more berimbaus and we brought them in – Catherine’s is a work of art, both berimbaus painted by her really are intricate and quite awesome. She’s an architecture student, hence the ‘amazingness’ of these! The lines which give it a cracked effect were hand drawn… Everyone was marvelling at this one in class today. 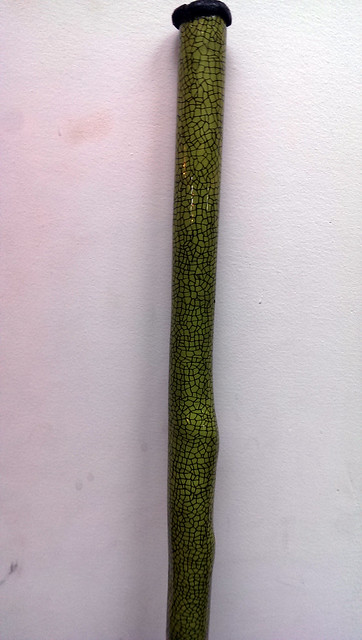 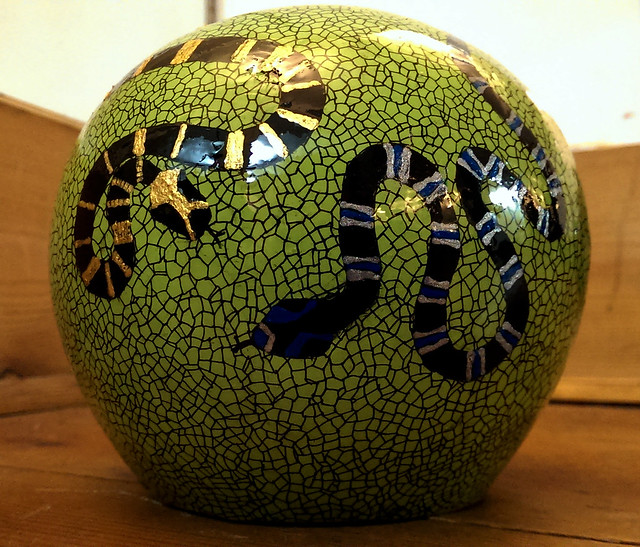 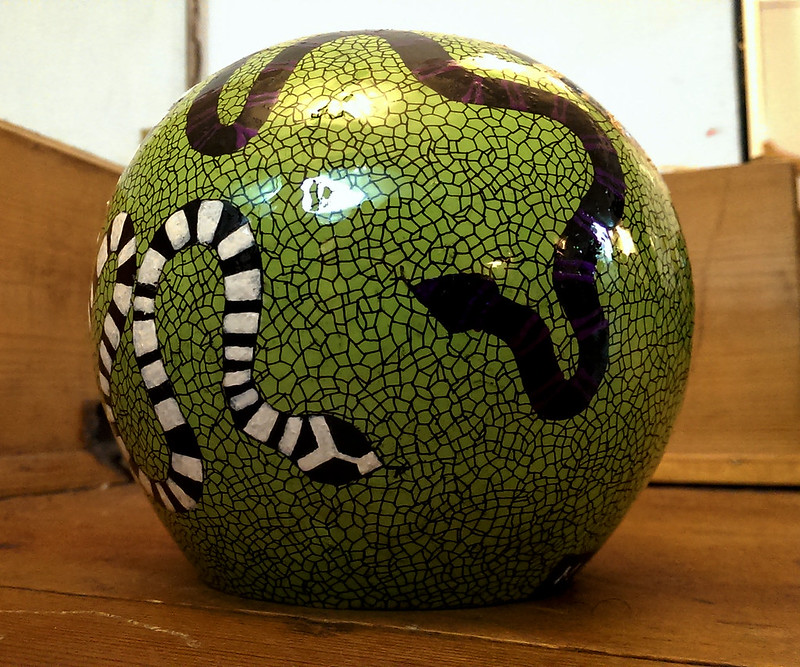 This one was brought in a few days ago, also by Catherine: 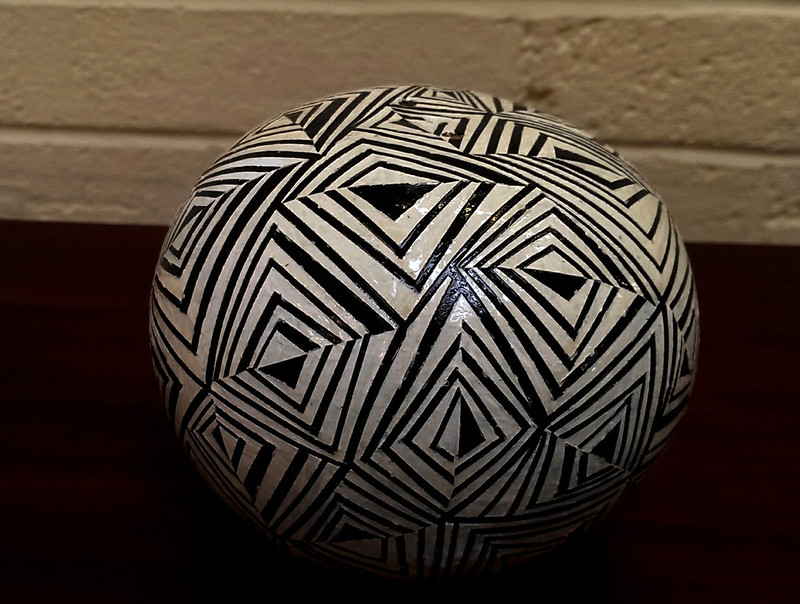 And here’s mine… Looks like it was done by a child, that’s because my drawing/painting skills didn’t get developed past childhood. I’m happy with the actual beriba on this one, I think the colours are good and I had a great time painting it. The tree on the ‘day’ side of the cabaça gave me a lot of grief, I had to paint it twice and even 2nd time around it didn’t come out how I wanted. The tree on the ‘night’ side was more successful. I wanted them to look the same, because it’s supposed to be the same location – but it wasn’t to be. 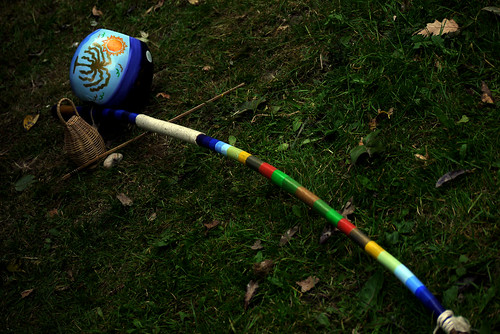 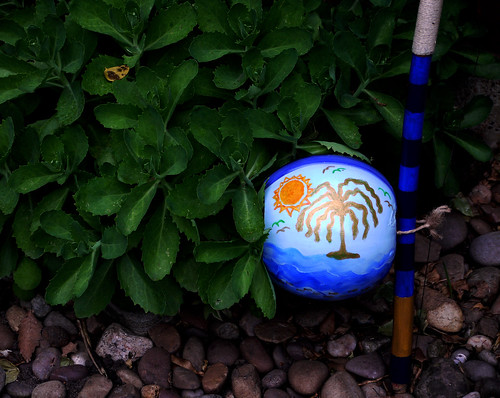 It’s a lovely feeling: seeing the berimbau you painted being played in the roda!

This design was inspired by Mestre Poncianinho – he said that when he was younger there was a berimbau with a landscape/tree in his academy that he liked very much. Not sure where the day/night idea came from, I don’t actually remember what made me make that decision… I think it just sort of happened. Firstly I painted my own cabaça (on the left), so this is actually the second one I have painted like this. 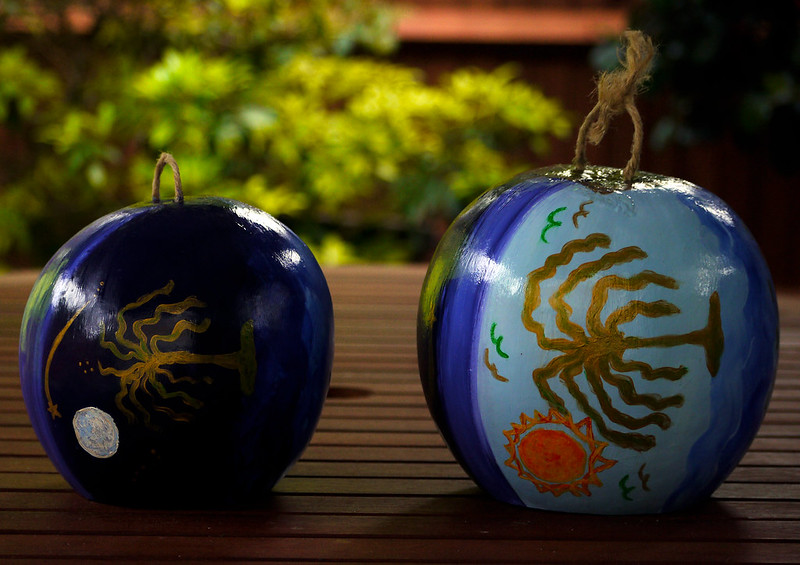 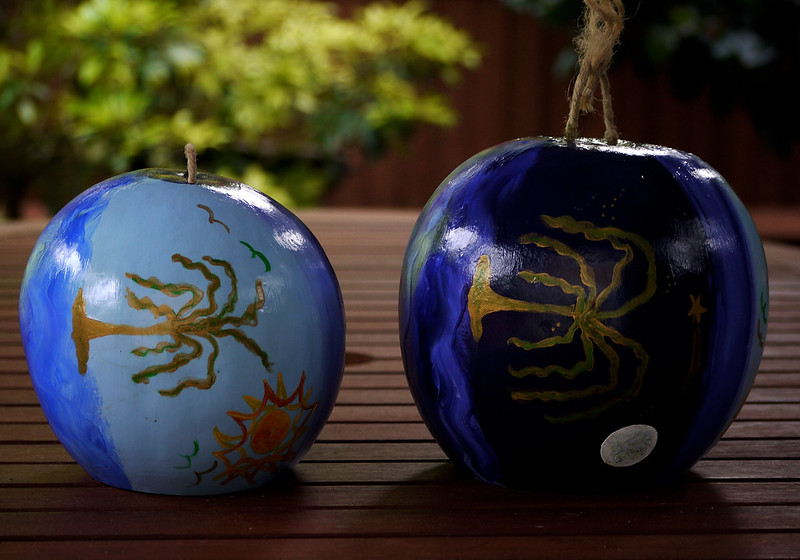 How to paint a berimbau

Finally, Prof. Kebrado shared this video, Roda do Grupo Cordão de Ouro, from 1991. Lots of things to watch here, I have watched it three times now, what really stood out on the first watch was the massive atabaque. Second watch I was looking for Mestre Ousado, who apparently is there, and I think I spotted him at 3:15, but it’s really hard to know for sure. On the third viewing, at 2:40, I saw a kick I haven’t seen done before… The player on the right does a meia-lua de frente (or passa-pe), and without putting the kicking leg on the floor he uses it for momentum for flipping up up in the air. Amazing! I don’t know what his name is, but I have named him ‘Gafanhoto’ (grass hopper)! Going to watch it a few more times and see what else I can find.