In capoeira class the move of the day was, in pairs:
player 1 – negativa, role, stand up (keeping upper body low) into low ponte -> tesoura
player 2 – same until low ponte, then volta por cima, go under tesoura

Music class was special!!! Ololade brought a roll of these, which I didn’t even know existed -> ‘Magic’ Erasable Whiteboard. Turns out this thing came out of Dragon’s Den. If you are as fascinated by it was I was, go here for more info.

When Mestre Poncianinho pulled a sheet out, I was thinking ‘how the heck is going to stick it to the wall? Going to need some sellotape’ Everyone gasped with delight when we realised magic = static. The thing just stuck to the wall, much like cling film… Hurray! 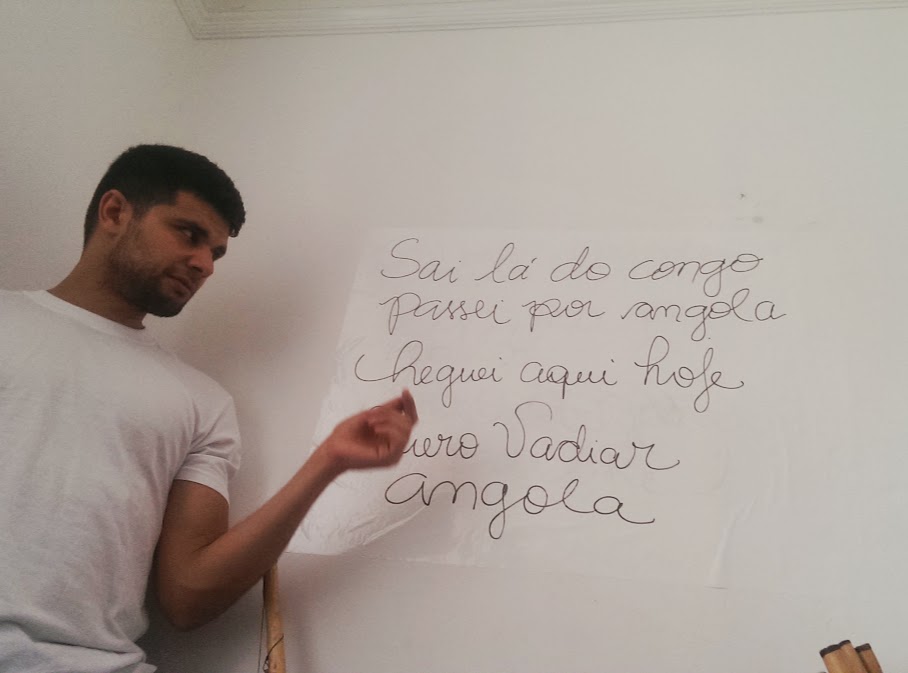